The Ig Nobel is awarded to researchers, whose research should not be repeated. The 2011 winners, announced on 29 September 2011 at Harvard University were

PSYCHOLOGY PRIZE: Karl Halvor Teigen of the University of Oslo, NORWAY, for trying to understand why, in everyday life, people sigh.
REFERENCE: "Is a Sigh 'Just a Sigh'? Sighs as Emotional Signals and Responses to a Difficult Task," Karl Halvor Teigen, Scandinavian Journal of Psychology, vol. 49, no. 1, 2008, pp. 49–57.
ATTENDING THE CEREMONY: Karl Halvor Teigen

LITERATURE PRIZE: John Perry of Stanford University, USA, for his Theory of Structured Procrastination, which says: To be a high achiever, always work on something important, using it as a way to avoid doing something that's even more important.
REFERENCE: "How to Procrastinate and Still Get Things Done," John Perry, Chronicle of Higher Education, February 23, 1996. Later republished elsewhere under the title "Structured Procrastination." http://www-csli.stanford.edu/~jperry
ATTENDING THE CEREMONY: Colleague Deborah Wilkes accepted the prize on behalf of Professor Perry.

BIOLOGY PRIZE: Darryl Gwynne (of CANADA and AUSTRALIA and the USA) and David Rentz (of AUSTRALIA and the USA) for discovering that a certain kind of beetle mates with a certain kind of Australian beer bottle
REFERENCE: "Beetles on the Bottle: Male Buprestids Mistake Stubbies for Females (Coleoptera)," D.T. Gwynne, and D.C.F. Rentz, Journal of the Australian Entomological Society, vol. 22, 1983, pp. 79-80
REFERENCE: "Beetles on the Bottle," D.T. Gwynne and D.C.F. Rentz, Antenna: Proceedings (A) of the Royal Entomological Society London, vol. 8, no. 3, 1984, pp. 116-7.
ATTENDING THE CEREMONY: Darryl Gwynne and David Rentz

PEACE PRIZE: Arturas Zuokas, the mayor of Vilnius, LITHUANIA, for demonstrating that the problem of illegally parked luxury cars can be solved by running them over with an armored tank.
REFERENCE: VIDEO and OFFICIAL CITY INFO
ATTENDING THE CEREMONY: Arturas Zuokas

PUBLIC SAFETY PRIZE: John Senders of the University of Toronto, CANADA, for conducting a series of safety experiments in which a person drives an automobile on a major highway while a visor repeatedly flaps down over his face, blinding him.
REFERENCE: "The Attentional Demand of Automobile Driving," John W. Senders, et al., Highway Research Record, vol. 195, 1967, pp. 15-33. VIDEO
ATTENDING THE CEREMONY: John Senders

The mathematics and peace prizes were particularly interesting. Sigh. Or was just a sigh?
Posted by Daniel at 23:00 No comments: Links to this post

according to Alessio Rastani, a London-based trader, while interviewed by BBC News

See also Yahoo! News for discussion about whether it was a hoax (apparently it wasn't).

Thanks to Eric Olander via Google+
Posted by Daniel at 23:30 No comments: Links to this post

Email ThisBlogThis!Share to TwitterShare to FacebookShare to Pinterest
Labels: news

A logo for Human Rights

A universal symbol for Human Rights was announced in New York on 23 September 2011 following a world-wide competition seeking a suitable design. The Human Rights logo is an open source product, free to be used by everyone, everywhere, without restrictions for the purpose of promoting Human Rights. 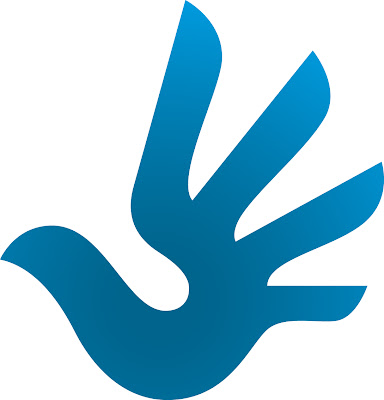 The logo in different formats can be downloaded from a Logo for Human Rights.

Posted by Daniel at 07:00 No comments: Links to this post

Email ThisBlogThis!Share to TwitterShare to FacebookShare to Pinterest
Labels: design

In India, the film has been released as Speedy Singhs. Even the trailer has been edited for a different film-going market.

One that I will watch. Bend it like Beckham was a splendid film and the Punjabi culture depicted made that film appealing and charming.
Posted by Daniel at 19:00 No comments: Links to this post

Email ThisBlogThis!Share to TwitterShare to FacebookShare to Pinterest
Labels: film

Last year, I wrote about the Catalan parliament banning the torment and torture of bulls, otherwise known as bullfighting.

Further print reporting in BBC News, AFP and France24.
Posted by Daniel at 20:45 No comments: Links to this post

Email ThisBlogThis!Share to TwitterShare to FacebookShare to Pinterest
Labels: ethics

After defeating FC Schalke in an away game, players for FC Bayern München donned traditional Bavarian dress including the lederhosen. Of course, Oktoberfest has already started.
Posted by Daniel at 21:30 No comments: Links to this post

The 2011 Rugby World Cup began on 9 September 2011 with the New Zealand All Blacks defeating Tonga 41-10. Every four years, the competition begins with the rugby union anthem World in Union. This was first heard in 1991 at Twickenham sung by Dame Kiri Te Kanawa. This year, it was sung by New Zealand soprano Hayley Westenra. It is probably the best sporting anthem of all time. Of course the tune would be familiar to most people from the Thaxted melody of Gustav Holst's The Planets (Jupiter, the Bringer of Jollity) and also in the hymn I Vow to Thee, My Country.

I Vow to Thee, My Country

Holst The Planets - Jupiter, the Bringer of Jollity
Posted by Daniel at 21:00 No comments: Links to this post

Today worldwide (except for the United States), Google celebrated what would have been Queen lead singer Freddie Mercury's 65th birthday with an animated doodle using an embedded YouTube video (see below)

France24 also had an excellent article about it, excerpt


"It has a lot of fun, goofy stuff to celebrate what an incredible song writer, fashion icon, and musical innovator he was," doodle team creative lead Ryan Germick told AFP during a visit to their base at Google's headquarters in the California city of Mountain View.

"Freddy Mercury was an awesome performer, an ambitious creator and pioneered really audacious concept records," Germick said. "We just love him; we've been blasting Queen for the last couple of months and it is always joyful."

Previously, the animated doodle for Lucille Ball's 100th birthday was also very creative, allowing for interaction with different 'channels'.
Posted by Daniel at 22:45 No comments: Links to this post

Email ThisBlogThis!Share to TwitterShare to FacebookShare to Pinterest
Labels: anniversary

It was the last game for the season and the year. Brisbane Lions won the first quarter before Sydney Swans picked up the pace. Match report by James Dampney and Ryan Chase. Photos by Craig Golding for Slattery Media. 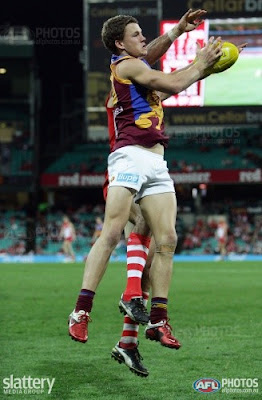 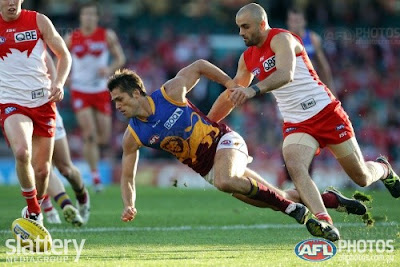 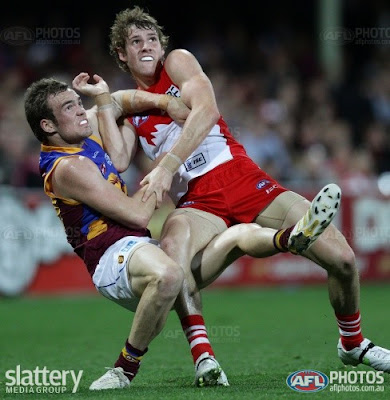 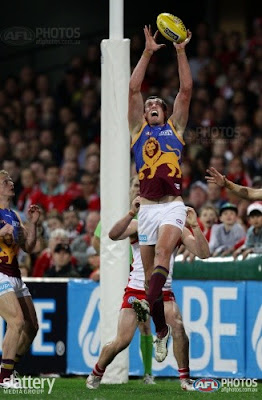 Posted by Daniel at 06:00 No comments: Links to this post

Email ThisBlogThis!Share to TwitterShare to FacebookShare to Pinterest
Labels: football

New York City - get fit and make music. For free.

For VMAN, Clark Cord and Matthew Terry show how New York City can provide the means of staying fit and making music, without paying a dime.

Clark "you can go down the street and work out anywhere"

Matthew - shows that the city has a rhythm and beat

Posted by Daniel at 22:00 No comments: Links to this post